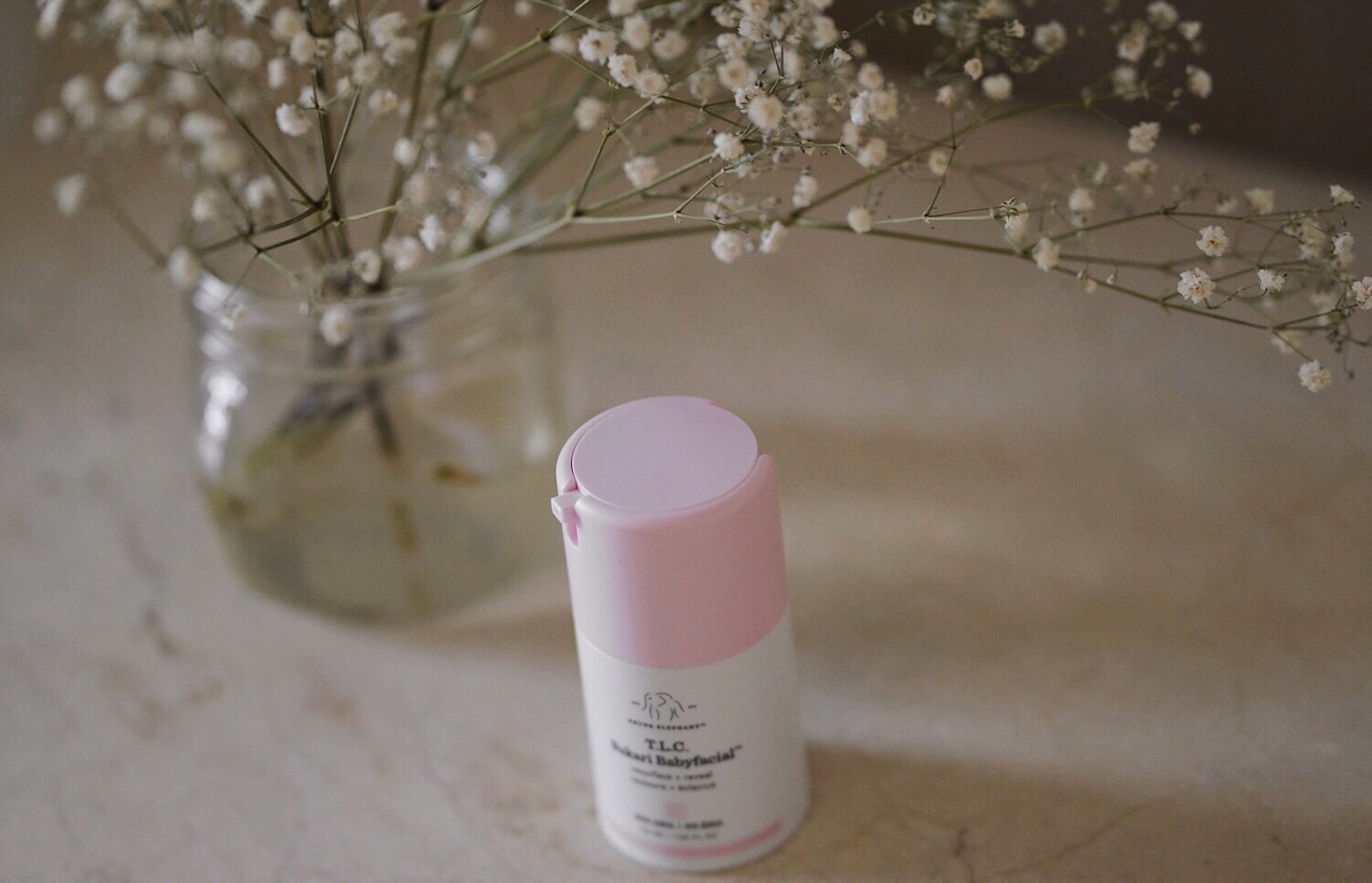 I mentioned the T.L.C Sukari Babyfacial a couple of weeks ago after using it once. Now I’ve used it several times and can truly attest to how great it is. After using it for almost a month now, once a week, I have noticed a significant difference in my texture, hyper-pigmentation, the even-ness of my skin tone and just overall appearance of my skin.

I always have some kind of AHA/BHA in my skincare routine. Even though physical exfoliants are perfect for removing that layer of dead skin, usually, chemical exfoliants (AHA & BHAs) offer more benefits than just the removal of dead skin. At least in my experience, nothing has helped keep my texture at bay more efficiently than AHA/BHAs.

Prior to using this I used the Drunk Elephant Glycolic Night Serum, which contains a much smaller concentration of AHA. Hence, why it can be used overnight.  I also used the Sunday Riley Good Genes, which I actually liked a tiny bit more that the drunk elephant glycolic serum, but after using this mask I think I’ll just stick to this one. This mask is only meant to be used for 20 minutes and then rinsed off because, as mentioned previously, it has a much higher concentration of AHA.

In my opinion it makes more sense to buy this mask, which is actually 10 bucks cheaper than the glycolic night serum, because since this is only meant to be used once a week it’ll last much longer while still giving you the same benefits. Plus, personally, I feel better about using strong chemicals on my face less times a week.

Of course everything depends on your skin and what works for you but I have sensitive skin and despite how concentrated this is it doesn’t irritate my skin.